This proposal is for a batch that will upgrade both the Relay Chain and Statemint.

This proposal aims to upgrade Polkadot runtime to version 0.9.19:

Release notes, runtime changes and proposal hash can be found HERE. On the runtime side, this release includes, among others, child bounties, and a PR enabling migration of slot depositors in crowdloan migration for parachains to be able to swap slots, among other things.

Feel free to use srtool yourself to check the proposal hash. If passed by the Council, this proposal should be voted by the community and enacted after. Make sure to vote at your convenience!

Statemint v900 (release notes) marks the true launch of Statemint and its functionality. With audits having been complete for several months, the only thing Statemint needed was a way to get DOT from the Polkadot Relay onto Statemint. With the enabling of disputes and XCM on the Relay Chain as of v9190, this is now possible. The v900 release allows users of Statemint to teleport DOT from the Relay Chain, teleport it back, open HRMP channels, and perform all asset/NFT operations without restrictions.

This Statemint release also includes some minor Uniques pallet improvements in preparation for XCM V3, which will allow users and applications to use NFTs over XCM. 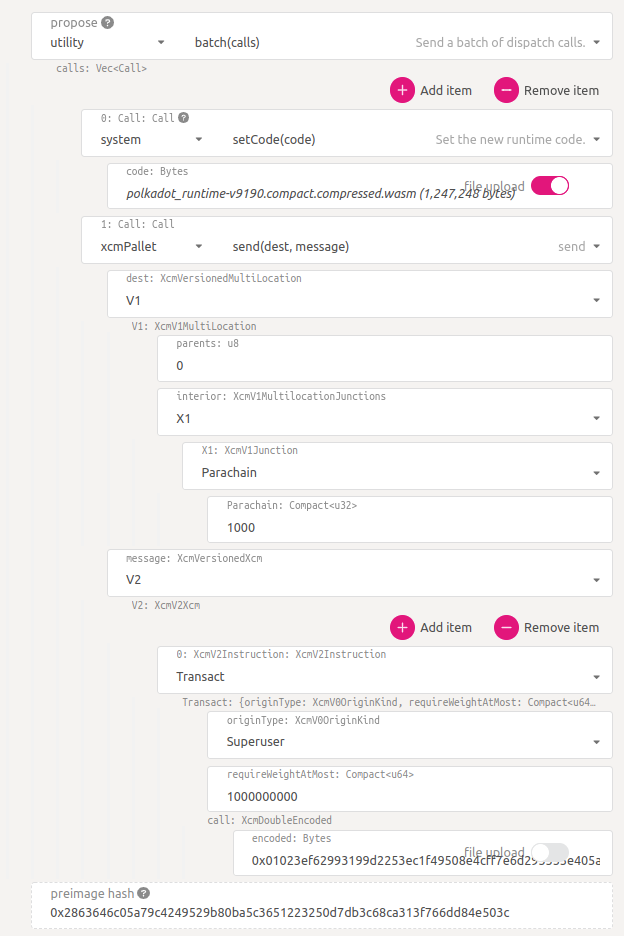